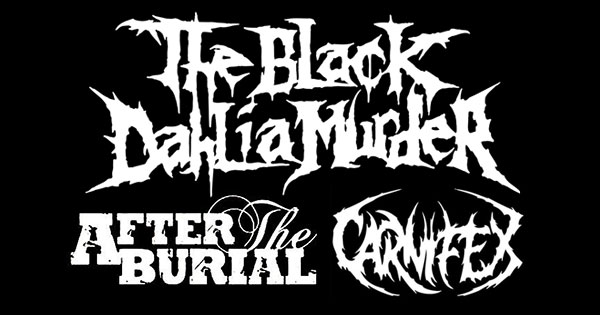 We recently heard talk of a fall tour featuring The Black Dahlia Murder with After The Burial and Carnifex. Today, a new show listing surfaced indicating that the three bands will play an October 10th concert together on Sunday, October 10 at Irving Plaza in New York City. For what it's worth, Rivers Of Nihil and Undeath are also slated to play the show. Moreover, we've been informed of stops in both Houston, TX and Atlanta, GA in late September. Stay tuned for an official announcement. UPDATE: This five-week North American tour will apparently commence in early September in the Midwest and wrap up in mid-October (at the aforementioned NYC show).