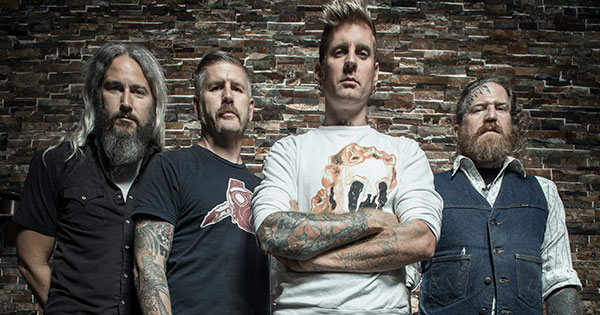 Progressive metal and rock titans Mastodon have debuted a new song titled "Forged by Neron." A stream is available below. The song serves as the opening track and lead single of Dark Nights: Death Metal Soundtrack, the latest multi-artist album from DC Comics, which arrives on June 18 through Loma Vista Recordings. "We are super excited and honored to be part of the Dark Nights: Death Metal soundtrack! We've all been fans of DC Comics and the Batman universe since we were kids, so it really means a lot for us to be able to add something to that world," says Mastodon drummer Brann Dailor.