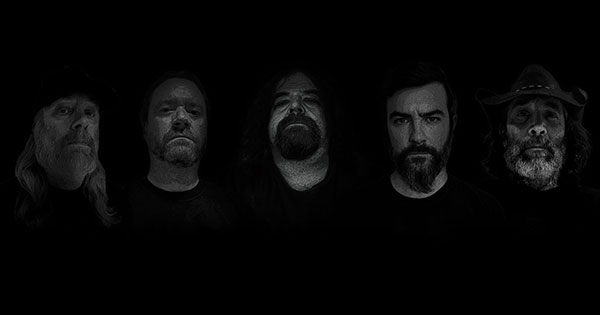 Initially joining Lock Up in 2002 for their Hate Breeds Suffering album and remaining until 2014, Tomas Lindberg (At The Gates, Disfear, etc.) has rejoined the grind/death metal supergroup, which features co-founder Shane Embury (Napalm Death, Venomous Concept), Kevin Sharp (Brutal Truth, Venomous Concept), and Anton Reisenegger (Criminal), along with new drummer Adam Jarvis (Misery Index, Pig Destroyer). Lindberg comments: "I can´t begin to explain how chuffed I am to be back with these, my favourite grinding beasts. When Shane approached me about rejoining, being part of a dual vokill attack together with Kevin, I said yes straight away. I love the 'Demonization' album, and Kevin's vocal delivery there. So, I was very curious and excited to work together with him, writing and arranging lyrics. My idea is that we have very different vocal styles, and that deathgrind fans now will get the best of both worlds. Adding Adam Jarvis to the mix has been nothing but a success as well, his relentless bashing has mos def added an extra dimension to the Lock Up sound. It will be a total blast performing these new tracks in front of a crowd, these are full on old-school deathgrind ragers! Again; chuffed!" Lock Up are currently recording a new album titled The Dregs of Hades and tenatively slated for a fall release through Listenable Records.