Some perceptive viewers of photographs and video footage from last week's riots at the Capitol in Washington D.C. appear to have spotted King 810 vocalist David Gunn among those in the fracas. In a handful of photos, a man looking very similar to Gunn and sporting the same Pelle Pelle jacket that Gunn has previously worn can be seen just outside the Capitol building as protestors vandalized the edifice. You can view some of said photographs below. We can find no official confirmation that Gunn was at the Capitol last Wednesday, a la Jon Schaffer of Iced Earth, though the evidence is fairly convincing. If it is Gunn, was he there as just an observer or as an active insurgent? Perhaps time will tell. Either way, this wouldn't be the first time a member of King 810 has had a brush with the law. UPDATE: Gunn has now issued a statement in which he admits to being present at the Capitol, though he claims he was there to film an upcoming music video. You can read his remarks here:
"Dear internet cucks, I admit this is me on the steps of the capital building filming our next video. I'm the singer of the most hated band in America... where else would I be? Sorry to disappoint everyone but I cannot also admit to being a racist, bigot, homophobe, sexist, fascist, alt right (or whatever you whack jobs are on this week) etc. etc. "I appreciate the compliments on my jacket however it is not for sale (altho our new album is)... "I was not trying to keep this under wraps. As you can see I'm swagged the fuck out with no mask in front of 100 cameras because I'm doing nothing wrong. The Feds have phoned me already and there isn't a single image of me 'rioting' or going inside the building. I'm not as dumb as my hair style suggests. "I couldn't care less if you stop following me or stop listening to my music because I never cared to begin with. (see red queen)" 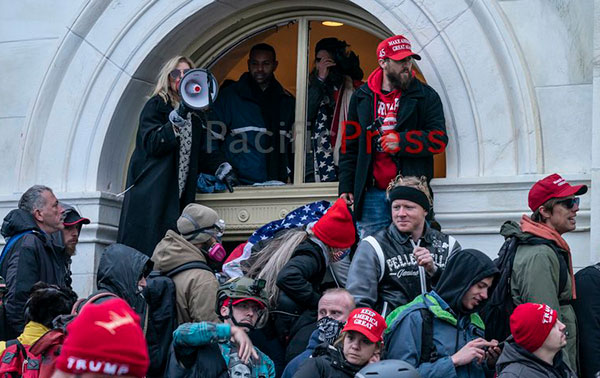 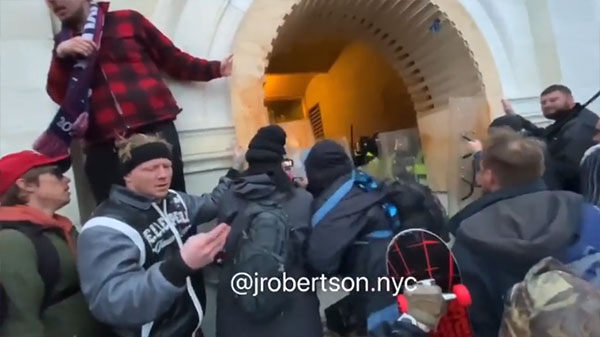 Video footage purportedly showing Gunn at the Capitol can be viewed here (start watching around 10:00 minutes). [via Metal Injection]