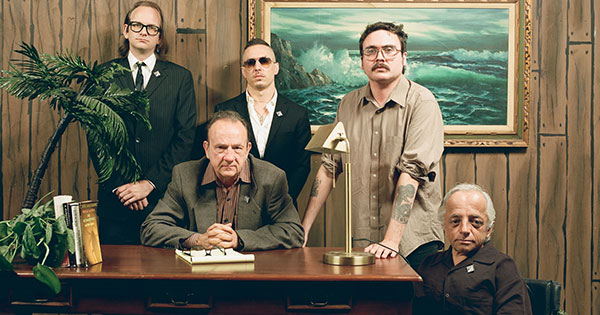 Greg Puciato (The Dillinger Escape Plan, Killer Be Killed), who recently released his debut solo album, Child Soldier: Children of God, also makes his acting debut, appearing in the Jai Love (Dead Hands Dig Deep) directed short film Metavision with The Jesus Lizard's David Yow. The horror outing makes its theatrical debut on Oct. 15 at Screamfest LA. "I had actually just seen Jai's film, 'Dead Hands Dig Deep," when he reached out to me. Life is full of synchronicities," explains Puciato. "This is the second time I've been asked to kill someone in a video of some sort, the first time being in a music video. I dunno what that says about me. This time it was like 'Can you kill someone, while cackling with laughter, with David Yow?' Uh yeah, I think I'm exactly your guy. Tell me when and where."