Within The Ruins to release new album in November

Massachusetts progressive metalcore band Within The Ruins will release a new album and follow-up to their 2017 effort Halfway Human this November. Titled Black Heart, the ten-song outing will arrive on November 27 through Entertainment One (eOne). Its first single is expected to surface tomorrow, September 25. As with previous records, guitarist Joe Cocchi produced his parts as well as his bandmates, together with longtime producer, mixer, and mastering engineer Joshua Wickman of Dreadcore Productions. Vocalist Steve Tinnon comments: "We're extremely excited to finally start sharing this album with everyone! We've been working on it for well over a year and really trying to zero in on what the new version of Within The Ruins was going to sound like, and we're very proud of the new direction. 'Deliverance' is a great representation of the darker, angrier approach we wanted to take and felt it was an appropriate first track to release. We can't wait to release Black Heart and start this next chapter!" Black Heart track listing: 01. Domination 02. Deliverance 03. Black Heart 04. Open Wounds 05. Eighty Sixed 06. Devil In Me 07. Hollow 08. Outsider 09. RCKLSS 10. Ataxia V 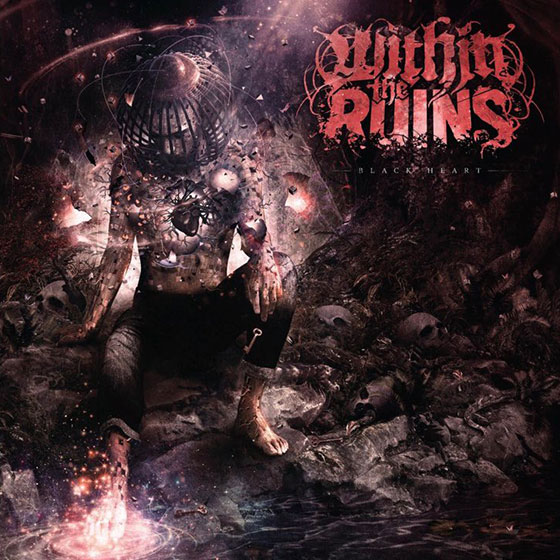