Premonitions Of War guitarist arrested with $1.9 million in cash 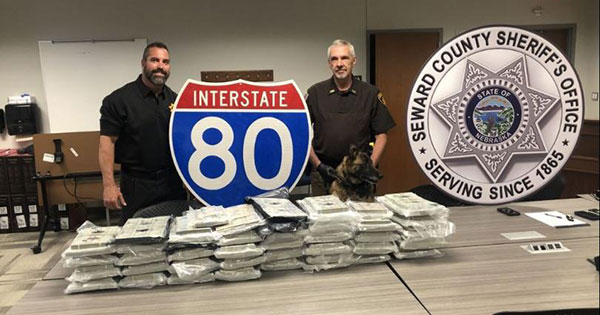 photo courtesy of Seward County
Michael Gaytan, guitarist and co-founder of defunct metal/hardcore band Premonitions Of War, was arrested yesterday, Wednesday June 10 after police discovered roughly $1.9 million in cash in his vehicle. According to KHGI, Gaytan was pulled over for a minor traffic violation on Interstate 80 in Nebraska. For undisclosed reasons, the police officer became suspicious and asked for permision to search the Chevy Silverado pickup truck, to which Gaytan consented. The officer, along with several other deputies, ultimately discovered roughly $1.9 million dollars in U.S. currency hidden in duffel bags in the rear of the truck. Gaytan, age 42 and a resident of Ohio, was subsequently arrested and is reportedly being charged with "felony transportation and possession of illegal currency used to facilitate the purchase of illegal narcotics and money laundering." In conjunction with the Department of Homeland Security, federal charges are apparently pending. Launched in 2000, Premonitions Of War released several records over the next five years, including material with both Victory Records and Metal Blade imprint, Black Market Activities.