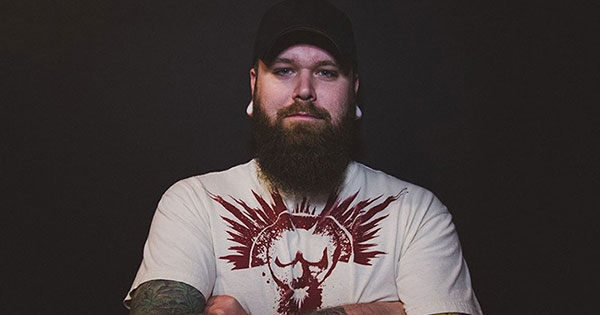 McKenzie Bell, former guitarist of North Carolina bands He Is Legend and Bloodjinn, has passed away at the age of 35. A cause of death has not been revealed. Bloodjinn had the following to say about Bell (see below):
"We are extremely saddened today to find out that our great friend and former guitarist, Mckenzie Bell, has passed away. He was always a blast to hang out with and one incredible riff writer. He was the king of all of the hot sauces. Seriously, his collection was insane. He was largely involved in our 'This Machine Runs On Empty' recording process, along with Jamie King. He even had a great singing voice and will forever be heard on 'Moment Of Clarity'. Rest in power brother. You were loved dearly by everyone."
Bell was an original member of He Is Legend and appeared on their first two albums, I Am Hollywood and Suck Out the Poison, before departing in 2006. Bell subsequently joined Bloodjinn. UPDATE: He Is Legend have now issued this statement:
"Learning of McKenzie Bell's passing has left us all with heavy hearts. He truly was a one of a kind person. We spent many years cutting our teeth playing together in different bands at local spots here in Wilmington, in the practice room, in a tour van across the entire country. We know that he touched many people's lives in the 35 years he was with us on this planet, and everyone's memories of him will live on forever. Our hearts go out to his friends and family, especially his loving mother. He had a very long, hard road to go down after his accident. We're hoping you finally have some peace, McKenzie. Pour it out, boys."
[via ThePRP]