Trivium have detailed plans to release their ninth full-length album this spring. The new outing has been titled What The Dead Men Say and will be released on April 24 through Roadrunner Records. "What The Dead Men Say is everything that is Trivium," explains frontman Matt Heafy. "On this album, one can hear the proper ingredients of past, present, and future Trivium. The Trivium sound is having everything the band does — on one album." Today, the band has shared the Ryan Mackfall-directed video for the album's first single, "Catastrophist." You can watch and listen here: "With the new album, we took what worked on the The Sin And The Sentence and dialed it all up to 11," says bassist Paolo Gregoletto. Guitarist Corey Beaulieu echoes that sentiment, saying, "We wanted to build on the foundation that we established with the last album. The record has all the elements that are Trivium — along with all of us wanting to keep pushing ourselves creatively. This led to a highly-inspired and fast-paced writing and recording process that really captures the energy of the band." What The Dead Men Say track listing: 01. IX 02. What The Dead Men Say 03. Catastrophist 04. Amongst The Shadows And The Stones 05. leed Into Me 06. The Defiant 07. Sickness Unto You 08. Scattering The Ashes 09. Bending The Arc To Fear 10. The Ones We Leave Behind 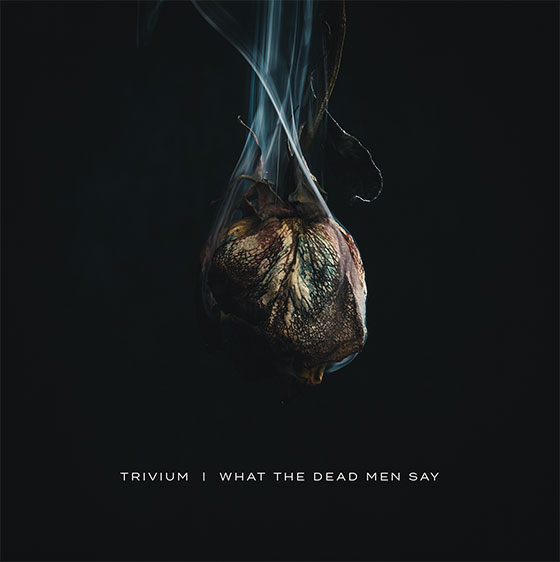