German extreme metal band Heaven Shall Burn will release a new album titled Of Truth and Sacrifice in late March through Century Media Records. Conceived amid "a well-deserved break," the 100-minute album is conceptually split into two halves: Of Truth and Of Sacrifice. 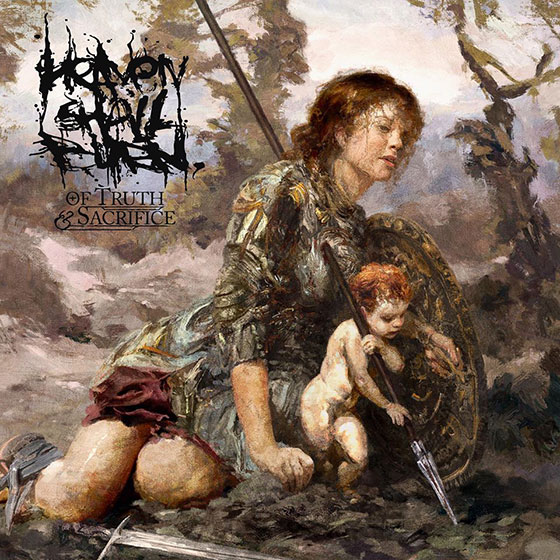 Guitarist Maik Weichert says: "We decided that one album wasn't good enough, but we wanted to create a double album as a statement. Our goal was a total work of art that people could dive into, something that leaves a lot of room for surprises and experiments. It was only fair to give our fans twice as much after letting them wait for so long." "The title is exploring the idea of truth and the question what kind of sacrifices you are willing to make for it. Something reflected in the artwork: A warrioress is shielding her child with her own body. While the mother is representing the willingness to sacrifice the child is standing for truth." Of Truth and Sacrifice features original artwork courtesy of Eliran Kantor (Testament, Iced Earth, Sodom). Additionally, the record includes strings fleshed out with Sven Helbig and recorded with conductor Wilhelm Keitel in Minsk. Pre-orders will launch in early January. Of Truth and Sacrifice track listing: LP1 March Of Retribution Thoughts And Prayers Eradicate Protector Übermacht My Heart And The Ocean Expatriate What War Means Terminate The Unconcern The Ashes Of My Enemies LP2 Children Of A Lesser God La Résistance The Sorrows Of Victory Stateless Tirpitz Truther Critical Mass Eagles Among Vultures Weakness Leaving My Heart