Walls Of Jericho drummer arrested with 650 lbs of marijuana 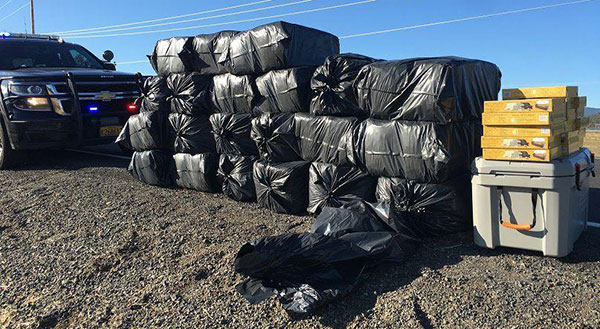 Walls of Jericho and (former Bury Your Dead and Premonitions of War) drummer Dustin Schoenhofer was arrested on Wednesday after Oregon State Police discovered more than 600 pounds of marijuana in his vehicle. Schoenhofer, 41 years old and a resident of Ohio, was pulled over for speeding on Wednesday, October 23 in Klamath County, Oregon. During the traffic stop, the trooper searched Schoenhofer's pickup truck after after allegedly detecting an odor of marijuana. A subsequent vehicle search turned up 632 pounds of marijuana and nearly 40 pounds of what is believed to be marijuana extract. He was arrested on charges of exporting marijuana, exporting extract, and possession and distribution of controlled substances. Schoenhofer purportedly told poice he wasn't aware of what was in the back of the truck. He was subsequently booked into the Klamath County Jail on $45,000 bail. According to Mail Tribune, the District Attorney's office objected to his entry into a county drug court program, citing "650 pounds of marijuana and no local connections."