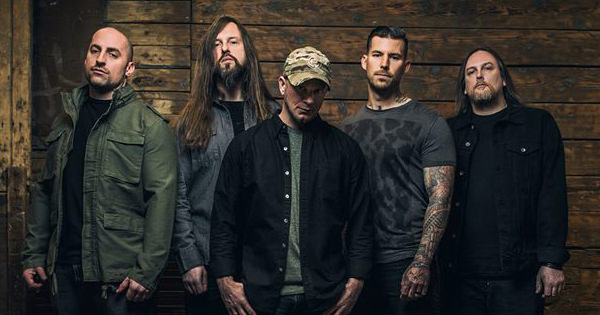 A year after All That Remains guitarist and co-founder Oliver Herbert was found dead on his Connecticut property under suspicious circumstances, the state police's investigation into the matter has seemingly languished. According to the Hartford Courant, state police say they are still investigating his death and seized the computer and phone records of Herbert's widow, Elizabeth, the sole beneficiary named in her husband's will (which was signed under dubious conditions). And while she has settled a forclosure case against their Stafford Springs home, allowing her to keep the property, Elizabeth Herbert is now in a dispute with All That Remains over her share of the band's profits. Elizabeth Herbert's attorney has filed a letter in probate court alleging that All That Remains have refused to release the financial information she needs to complete estate documentation for the court. Moreover, the Hartford Courant says the letter suggests that All That Remains still owes Elizabeth money, including earnings from the band's European tour that took place shortly after Oli's death. "There have been tours and shows played by All That Remains since Oli Herbert's death about which the estate, as part owner of All That Remains Inc., hasn't been notified by being sent its copy of the profit and loss statements nor has the estate been paid its equal portion of profits as tour pay,'' the letter says. Elizabeth Herbert has yet to file a complete inventory of her husband's assets to the probate court. Her inital filing in January included an estimate of $70,000 (not including property) for her husband's estate. The Eastern District Major Crime Squad has been investigating Herbert's death for nearly a year, though no charges of any sort have been filed. Sources of the Hartford Courant say that police "are compiling a timeline of Herbert's last 24 hours, reviewing his medical history and searching for people who may have been in contact with him on or before Oct. 16, when his body was found in Hydeville Pond." Elizabeth Herbert's defense attorney, Anthony Spinella, declined to comment on the matter to the Courant on Friday.