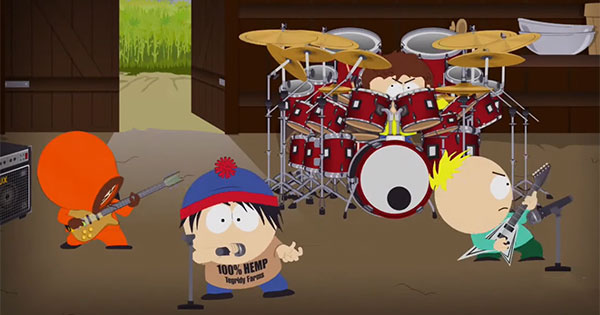 Some music from death metal legends Dying Fetus was featured in last night's new episode of long-running Comedy Central animated series South Park. A portion of the episode, titled "Band in China," saw Stan Marsh launching a band to "work out his frustration over having to move away from South Park." At one point said band is seen performing in a rehearsal space, and their sonic output is none other than the 2012 Dying Fetus track, "Second Skin." You can have a look below (note: it's the second portion that features the Dying Fetus song; the first includes music from Death Decline).