Official press release: Deez Nuts are thrilled to announce first details of their new album, You Got Me Fucked Up, which is the follow up to 2017's Binge & Purgatory. The album was co-produced with Andrew Neufeld (Comeback Kid, Sights & Sounds) and engineered by Kyle Black who has worked with the likes of Paramore, New Found Glory, Pierce The Veil, Volumes, Comeback Kid, Strung Out, Zebrahead and many more. You Got Me Fucked Up is due for a release October 18th, 2019. 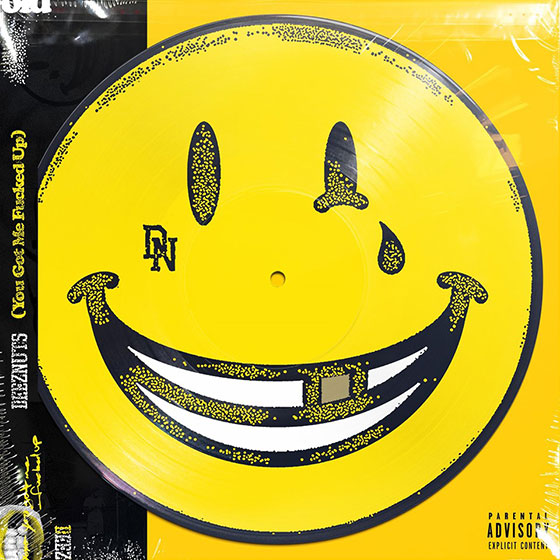 You Got Me Fucked Up is the album Deez Nuts needed to write. JJ Peters (vocals) explains: "It's the breath of fresh air that we and our fans have been sorely missing. The thing that stands out the most about our songwriting, our performance and vibe on this whole album: We finally got our party sound back, but not in the sense of beat to death 'party' lyrics. These songs just scream fun." Deez Nuts deliberately picked different locations to write and record the album, despite sticking with Andrew Neufeld as co-producer. "This time we wrote in Toronto rather than New York City and recorded in Los Angeles rather than Boston like we did on the last two albums. The difference the surroundings brought to the album are very much felt throughout its ten bangers." You Got Me Fucked Up is just that: ten bangers. There are no 20 second humorous songs, but it is ten well-written and well-structured songs. "Some people subscribe to the 'if it ain't broken, don't fix it' philosophy. Mine has always been 'if you don't evolve, you die'. I couldn't wait a second longer to put that into play with DN using this new album as the vehicle." According to Peters You Got Me Fucked Up is the most important album in their discography since Stay True – and he cannot wait for you all to enjoy it. Keep your eyes peeled for more info and new music soon.