The Acacia Strain condemn Dayton shooter who wore their hoodie 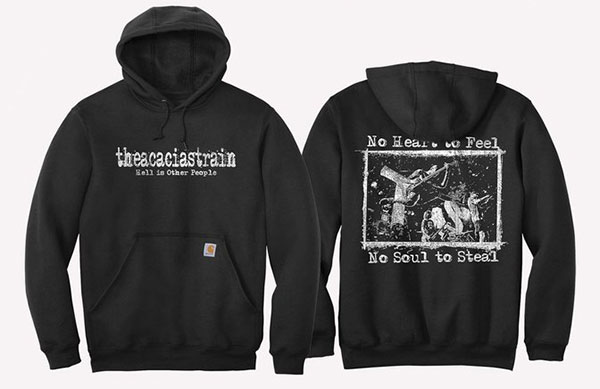 Early Sunday morning a 24-year-old man opened fire in downtown Dayton, Ohio, killing nine and injuring twenty-seven. After being gunned down by police, photos of the deceased shooter began to circulate via social media, showing that during his rampage the killer was allegedly wearing a hoodie from The Acacia Strain. A broadcast journalist named Jim Heath quickly took to Twitter to seemingly suggest that the band and its "hateful" lyrics were somehow responsible for inspiring the shooter.

Suspect in #Dayton shooting was wearing shorts with a black sweatshirt that read: "No heart to fear, no soul to steal."

The slogan is believed to be from a hateful and vengeful song called Ramirez by The Acacia Strain, a metalcore band.

Of course we need not explain the idiocy of that tweet to anyone with half a brain, but sadly, much of America is intellectually deficient, forcing The Acacia Strain vocalist Vincent Bennett to explicitly condemn the incident.

What happened in Dayton is horrifying. Even more so to know that the shooter was wearing a TAS hoodie is making me sick. There is no excuse for this. Anyone who knows anything knows we don't condone this behavior. No one has the right to take another's life.

We will be taking action to help the families of the victims however we can.

Music is an outlet. Music should purify. Use art as a positive outlet to your negative emotions. If you feel angry - turn to music, turn to creation. This has to stop.

During their show tonight (August 4) in Milwaukee, the band addressed the El Paso and Dayton mass shootings: