Wednesday, February 27, 2019 6:49 AM PT / 2,944 views
If you visited our site yesterday, you may already be aware that After The Burial are releasing a new album this spring titled Evergreen. Well, details have now officially been released and Evergreen will hit stores on April 19 via Sumerian Records. You can check out its cover art and track listing below. Additionally, the band have premiered a music video for the album's lead single, "Behold The Crown." You can watch that here: Trent Hafdahl (guitars) states: "The song-writing process is almost always the same, but the influence and motivation behind the music is always different. This time around we wrote an album that is wholeheartedly ATB. If you listen back through our catalog you can hear us experimenting with different sounds, soundscapes, playing techniques etc. Some of those have stood the test of time and are still used in our music today, and some were left behind because they didn't really fit us. I feel very strongly that this album is OUR sound. Our fans could hear this anywhere, without any reference, and say 'that sounds like an After The Burial riff.' I guess you could say it's a more mature release this time around because we weren't stretching to experiment with stuff that we didn't know would work. It's heavy, it's melodic, it's slow at times and fast at others. It's intense and free-flowing all in the same instance." Evergreen track listing: 01. Behold The Crown 02. Exit, Exist 03. 11/26 04. In Flux 05. Respire 06. Quicksand 07. The Great Repeat 08. To Challenge Existence 09. A Pulse Exchanged 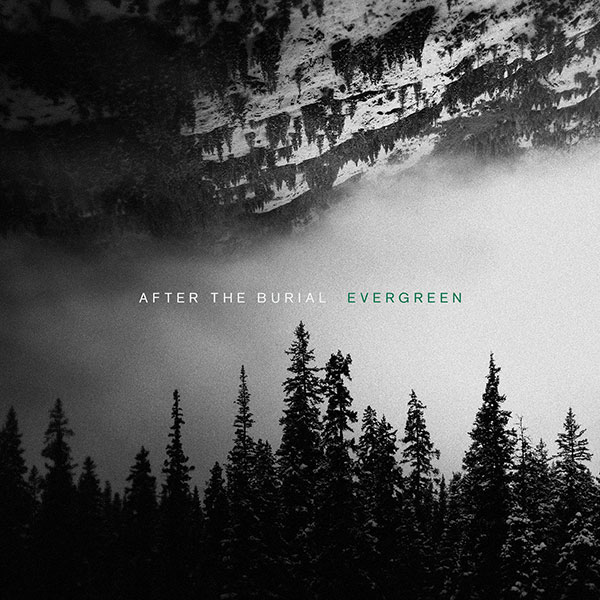