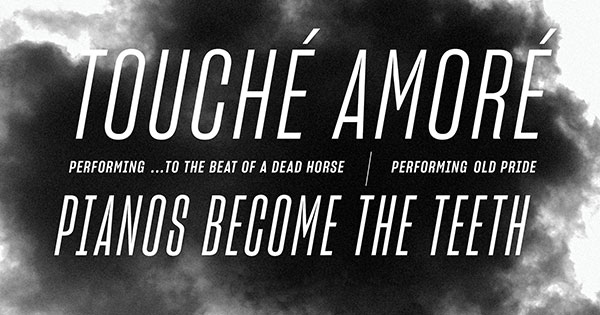 Los Angeles, CA post-hardcore act Touché Amoré has announced a few April shows in the Northeast to celebrate the tenth anniversary of their debut LP, ...To the Beat of a Dead Horse. As such, the band will perform the record in its entirety each night. Joining them will be their Baltimore, Maryland comrades, Pianos Become The Teeth, who in turn will honor the tenth birthday of their own debut full-length, Old Pride. Additional support will be provided by Soul Glo, with dates as follows: 4/9 Baltimore, MD @ Ottobar 4/10 Philadelphia, PA @ First Unitarian 4/12 Brooklyn, NY @ Brooklyn Bazaar 4/13 Worcester, MA @ Palladium