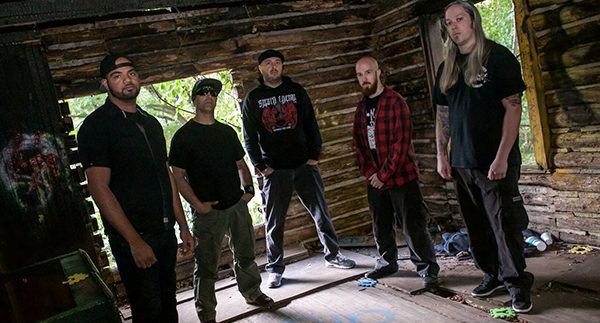 Official press release: After turning back the clock in 2018 to celebrate the 15th anniversary of their Jamey Jasta-produced debut, As Real As It Gets, the Queens, New York-based Sworn Enemy resets their sights on the present day with their punishing new album, Gamechanger. Due out April 5 via M-Theory Audio, the album – produced by Robb Flynn of Machine Head, and engineered, mixed and mastered by Zack Ohren (Suffocation, Fallujah, Warbringer) – features 11 tracks that expertly fuse metal, thrash and New York hardcore. A brief teaser can be seen/heard at this location (look for a new song to premiere next month): Gamechanger track listing: 01. Intro 02. Prepare For Payback 03. Seeds of Hate 04. Coming Undone 05. Justify 06. DOA 07. Fragments of a Broken Life 08. The Fall of Modern Man 09. Selling A Dream 10. The Consequence 11. Integrity Defines Strength Vocalist and founding member Sal Lococo says the new album – nearly five years in the making – will be worth the wait. "The new album is savage as fuck," he says. "Now it's time to get back out on the road and show everyone how fucking great this new shit is!"