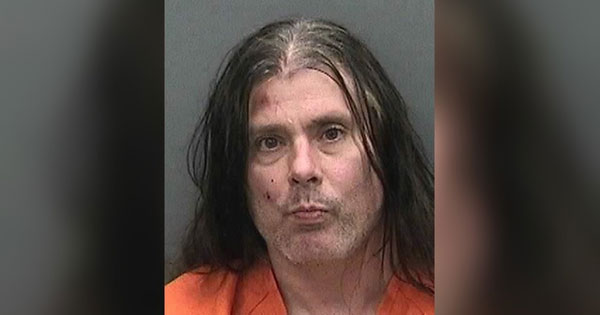 Pat O'Brien, lead guitarist of death metal legends Cannibal Corpse for more than two decades, was arrested last night after his Florida home caught fire with exploding ammunition inside. According to WFLA, the fire began on Monday night in the Northdale home owned by O'Brien. Firefighters entered the home, but struggled to contain the blaze as ammunition exploded due to the flames. As the fire burned, authorities were called to a nearby home for a reported burglary. O'Brien allegedly entered the house without permission and wouldn't leave, despite directives from the owners to leave. Responding police found O'Brien hiding behind a fence near his house, at which time he reportedly charged at the officers with a knife. O'Brien, age 53, was subdued and charged with "burglary of an occupied dwelling with assault and aggravated assault on a law enforcement officer." The news comes just 24 hours after Cannibal Corpse announced plans to take part in Slayer's spring North American tour.