Limp Bizkit vocalist Fred Durst reports that his home has burned down amid the raging fires in Southern California. Durst posted the following via Instagram: 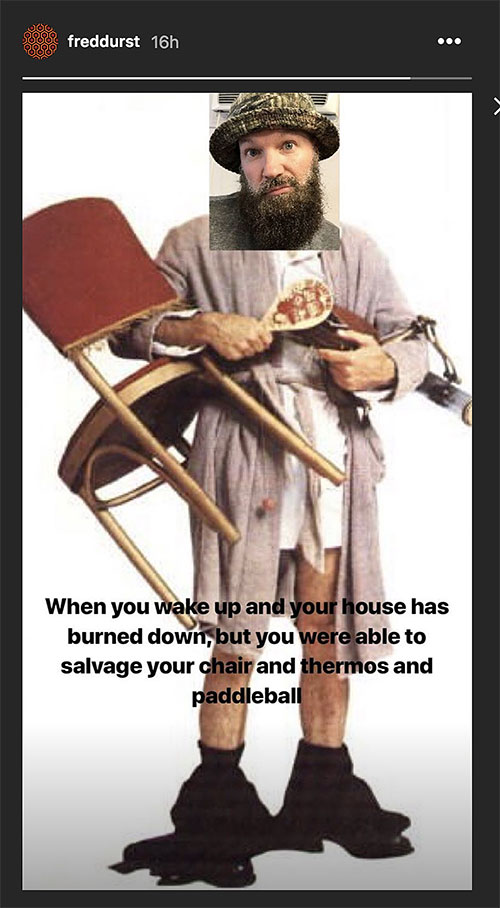 Durst isn't the only Limp Bizkit member affected by the blaze, as Wes Borland lost some equipment, which was inside a house consumed by flames.

My pedalboard, 2 guitars, 2 amps, a 2x12 cabinet, several other pedals and misc equipment were inside this house.