Kublai Khan being sued by thrash band over use of name 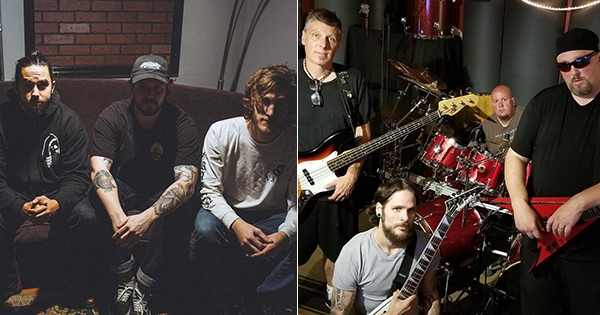 Texas hardcore/metal act Kublai Khan is reportedly being sued by a Minnesota thrash band of the same name over use of the moniker. The thrash metal band Kublai Khan was originally established in 1985, while the group most of you are familiar with was launched in 2009. The matter seems to have come to a head of sorts two weeks ago when the thrash group posted some photos on Facebook, prompting someone to ask (facetiously, we'll assume) the following: "Was there a lineup change? These aren't the same guys I saw at Warped Tour." Hannah, the wife of guitarist Christopher Hensley, was quick to respond:
"That band from Texas stole the band name. And their fans are being real king douchers about it. Maybe direct your anger towards the idiots that knowingly stole an already existing band name. When the original band was started is irrelevant. It was a blatant poor desicion on their part, and an even poorer desicion on their fan's part to act a fool and be rude to the original band.... Just sayin'"
This week, one Nick Hoover had this rebuttal:
"The band from Texas is blowing up larger than these shitters so the guitarist threatened to SUE the Texas band. Stop acting like ANYBODY knew about these guys. I'm sure there's 500 more bands named Kublai Khan around the world. It's a name it doesnt fucking matter. These old dudes started it when they threatened a lawsuit."
Mrs. Hensley once again responded, seemingly confirming the existence of a lawsuit:
"He has a right to, it's his band, his copyright, and guess what if he decides to start making music again he has every right to. That is why he is suing them. Not because they're 'blowing up' but because it is his name and he intends to keep using it. The popularity of the band denotes absolutely jack shit when they stole a name that was legally someone else's. It's fucking black and white man, how are all of you so fucking blind to that? There's no grey area here. Your boys made a really poor desicion. And they did it knowingly! The original KK Annihilation album art was used to promote one of the Texas Kublai shows. So sit there and try to tell me it was an accident."
Kublai Khan of Texas has yet to publicly address the matter.