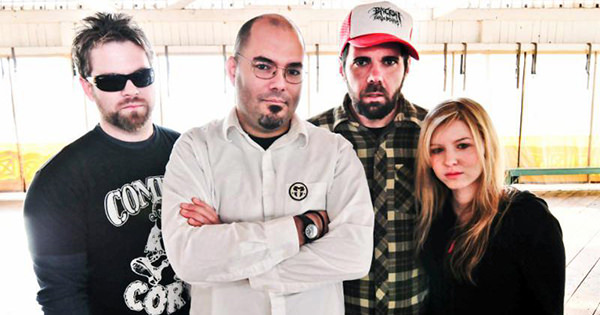 Vocalist Kat Katz, who first joined grindcore outfit Agoraphobic Nosebleed in 2007, has now exited the band acrimoniously. According to Katz, she was being bullied and disrespected by her bandmates:
"Tired of being bullied by dudes. Salome and now Agoraphobic Nosebleed. I quit Agoraphobic Nosebleed tonight. Hopefully, I find a band that respects me and treats me as an equal."
Agoraphobic Nosebleed has subsequently issued the following statement on the matter:
"We've had some disagreements with Kat about how we should interact in the band, and as a result she quit. We wish her well with music in the future. "Scott has some writing and recording to wrap up with Pig Destroyer, and after that he'll start writing music for the next ANb record."