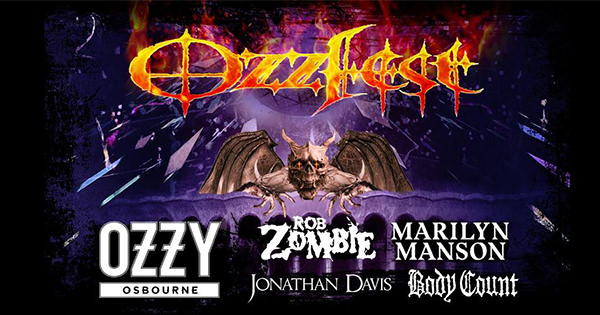 i work at mb. AILD headlining the second stage for second overall invite. Zao has zero invites on the board.

Even most of Korn was like, "Nah, fck that. Yeah, John, we know it is only down the road. Did you see the lineup? fck. That."

LOL at the price of the crappy fest. Also isn't Ozzy dying or something?

"I asked Sharon what we're doing this New Year's Eve and she said 'We're doing fck all'," says Ozzy Osbourne. So I thought 'we didn't do Ozzfest in 2018, so let's do a New Year's Eve Ozzfest.'" he didn't say this. dude can't put 3 words together, let alone full sentences. also, sharon probably ignores him and fcks her large-donged black masseuse all day.

One of my favorite joints from celebrated musicians and metal stalwarts BVB is a number called New Years Day (this is New Year's Day.... haha sorry i know ya gonna have that stuck in ur head all day now) and this show from Ozz-man and the like make me think that the boys might be playin a surprise set for us! At the very least I suspect frontman Andy B will be hosting the event. I'm stoked boys!! See you all in my pit!!!

Im happy Ozzy gets to spend one last New Years spinning his shriveled, lime-green dingus for the crowd before he kicks his bucket. Back in '06 I caught him spinnin for their whole set and the crowd couldn't be more pleased! His S,L-GD was aged by then but the crowd was still behind him and I hope he lives long enough for my son to see in person one day!

SJWs are on the right side of history. Live in your failure you fcking nazi sympathizers

Emmure & As I Lay Dying should be on this