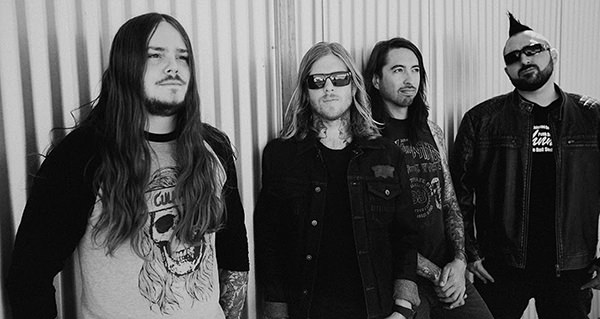 Of Mice & Men has apparently entered the studio to begin work on their next record and follow-up to Defy, which was released this past January. Tracking is taking place with producer and engineer Josh Wilbur (Lamb Of God, Gojira) at the helm and a spring 2019 release is expected. "We're super pumped to be in the studio with Josh, as we're all big fans of his production and mix discography," said singer and bassist Aaron Pauley. "When we decided to go heavier with this album, Josh's was one of the first names to pop up — and I can tell you, we're a little over halfway done and it's sounding huge and heavy, heavenly and absolutely demonic — all rolled into one."