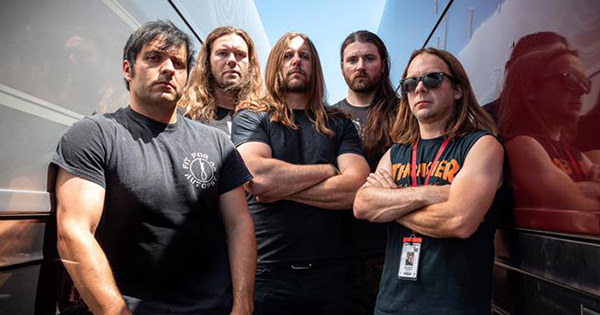 Unearth has unveiled the second single from their upcoming album, Survivalist, which is due out November 23 through Century Media Records. You can stream the track below. "'Survivalist' is a song written from the perspective of someone battling a potentially terminal illness. It covers the hopelessness, desperation and devastation to the inner strength and determination one can find from the desire to live on for themselves and those around them. Musically it's a song that is closely tied to our roots with raw aggression, melody and pure heaviness," says frontman Trevor Phipps.

WE ARE SURVIVALISTS. THEY CAN KILL US BUT NOT OUR PRIDE

i'd like this band if they had a different vocalist

shout out to the ABACABB comment above RIP nova scene

ABACABB reference was spot on, haven't thought about that band in a decade, 10/10

who cares about some irrelevant deathcore band from twelve years ago. only a dweeb like you. not funny 0/10. also this is mid 00s tier 2 metalcore band. AILD will always be better especially compared to misery signals and shai hulud. trash music

^ No one cares about ABACABB, nor did they ever, that's why it's funny I wonder what you turkeys are gonna post about after all this AILD hype dies down

You know this shit is going to be so heavy, just look how hard the dude on the left is flexing. The only way that band pic could be any more badass is if one more member crossed their arms.

"ABACABB was overproduced dork rock Hot Topic mall core and anyone who remembers them fondly are adult diaper wearers" I don't think a single person has ever remembered ABACABB fondly. I saw them play a festival once and they all wore matching outfits and looked like a my chemical romance video. I don't think anyone even moshed.