Tuesday, September 25, 2018 5:45 PM PT / 4,356 views
Megadeth has revealed plans to stage the inaugural Megacruise in 2019, though further details have yet to be divulged beyond the tagline, "thrashing through the Pacific 2019" and the graphic below. For now, the band has launched a mailing list at megacruise.com through which subscribers will be "the first to know." In June, Megadeth mastermind Dave Mustaine told "Rock Talk with Mitch Lafon" that the band would be launching their own festival/tour. "We've got a huge festival that we're gonna be announcing," Mustaine said. "It's really a big deal. It's kind of the equivalent of Gigantour, but it's a much fresher idea. We've got that set up in about 10 cities in April, and then we're gonna do it again for a three-day weekend in the middle of the year, and we're gonna do probably about another 10 of those dates at the latter part of the year." 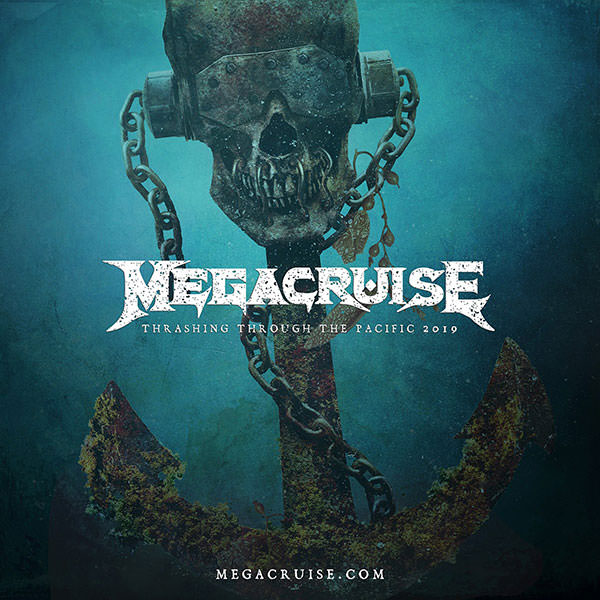