For the first time in more than a year, and only the second time in four years, As I Lay Dying vocalist Tim Lambesis has posted an update via his public Facebook account. Addressing what he's been up to for the past five years or so (aside from being in prison for a portion thereof) along with sharing a recent photo of himself, Lambesis revealed that he's been working towards a Master of Social Work degree. Here's what he had to say:
"I'm slowly getting comfortable sharing parts of my life, little by little. "Taken at an end of the school year party last semester. I can't believe it's already a new school year! "A lot of people have been asking what I've done with most of my time over the past 5+ years. School is one of many things. It's hard for me to sit idle, so I took almost every class I could. I got a handful of undergraduate degrees in the process, but what interested me most were courses in addiction treatment. I ended up becoming a Certified Addiction Treatment Counselor and started working as a case manager for a year in the process of collecting field hours for my certification. Then in 2017 I began a Master of Social Work program. "The smile you see here comes from a sense of relief after finishing the first year of the MSW!" 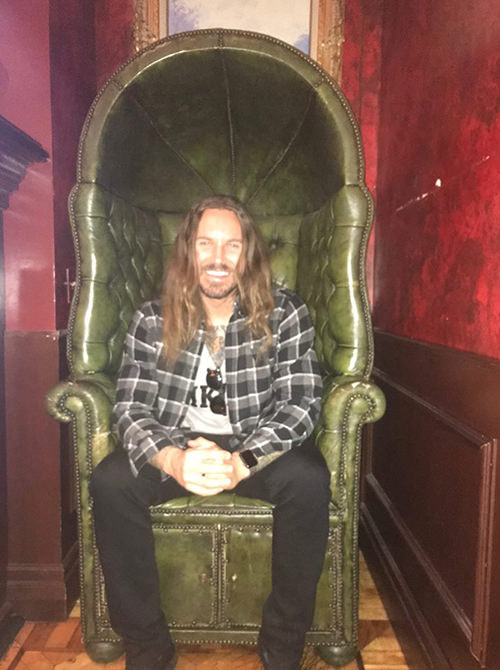