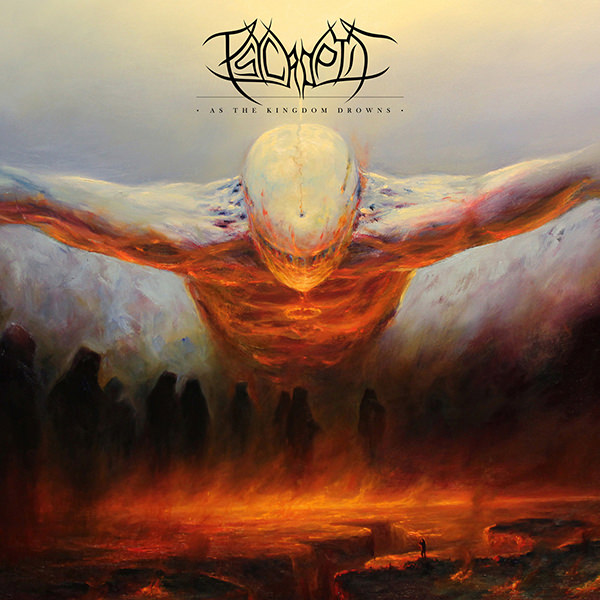 Tasmanian extreme metal act Psycroptic has announced the title and details to their seventh full length studio album, As The Kingdom Drowns. The album will be out November 9 via Prosthetic Records and will be available on all digital outlets, compact disc, limited edition cassette and on five different colored LPs. Pre-orders are available now. The album's lead track can be streamed now through Decibel. Vocalist Jason Peppiatt comments: "As always with this band we wanted it to have the distinctive sound of a Psycroptic album but wanted to push ourselves further with adding new elements and having a darker vibe than on previous releases. I think we achieved our goal and this is something we are all very proud of!" The new album was once again produced by J. Haley and was mixed and mastered by Will Putney. Artwork was handled by Mariusz Lewandowsky. As The Kingdom Drowns track listing: 1. We Were The Keepers 2. Frozen Gaze 3. Directive 4. Deadlands 5. As The Kingdom Drowns 6. Beyond The Black 7. Upon These Stones 8. Momentum of the Void 9. You Belong Here, Below