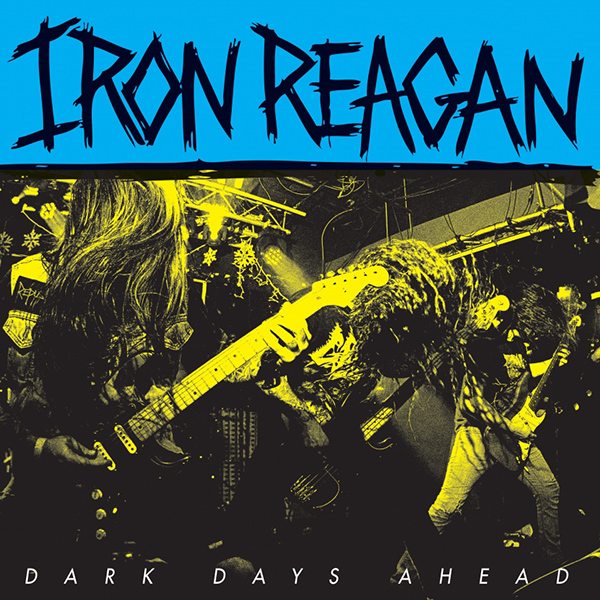 Official press release: The mighty Iron Reagan has re-emerged from the dark maw of hell with new track "Patronizer" this morning. Premiering via Revolver, this is the first taste of the band's new EP, Dark Days Ahead, which will drop via Pop Wig Records (Trapped Under Ice, Turnstile) on October 12. Since forming in 2012 the Richmond, VA quintet has been basking at the altar of dirty crossover thrash/hardcore exquisitely. Speaking from the band's European summer tour, vocalist Tony Foresta says of the EP, "a lot of these tracks were written during the recording sessions for Crossover Ministry but didn't fit with that album. We've been friends with the Trapped Under Ice guys for years and are stoked to get these tracks out on their label."