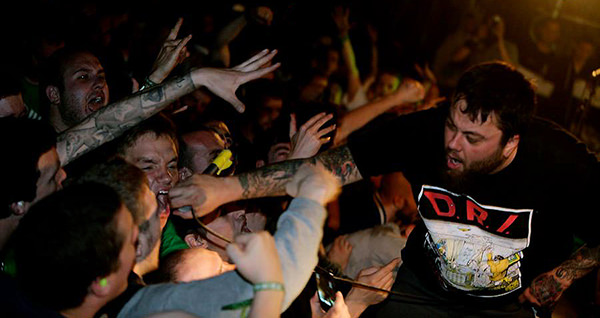 Influential hardcore/metal band Morning Again, defunct since 1999 (with the exception of a few reunion shows), has resurfaced and will release a new EP this winter, the group's first new material in nearly 20 years. The new music was recorded last month in California with Beau Burchell and will comprise a four-song EP that will hit streets in January through the band's one-time record label, Revelation Records. Morning Again comments: "We promise that these are some of the best songs we have worked on and we are excited to share them with everyone. We feel like they 100% represent Morning Again in 2018. Revelation has always been one of the best labels in the underground and we chose to work with them because they will be able to get our music and merchandise to everyone worldwide that is interested in it. Metal doesn't die, it just takes breaks from time to time." The band has also revealed that they will perform in January at FYA Fest in Tampa.