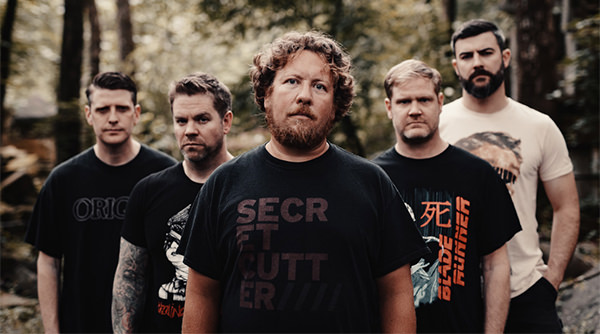 photo by Joey Wharton
Pig Destroyer will indeed release their first new album in six years later this summer. As we learned several weeks ago, the new record is titled Head Cage and now Pig Destroyer has revealed that the outing will officially arrive on September 7 through Relapse Records. New music and pre-orders will be available on July 10. For now, you can check out a teaser below.

people who hate pigs are stoked.

Donald Trump here, I don't like the name of this band. Sounds like a bunch of libtards. #mala (make america Lambesis again)

When this news broke I had an elderly woman just a short while's come up to me - she came up to me and said that we at CNN should get the fck out of this auditorium.

brian from metal blade here. i would like to discourage pig destroyer from pressing splatter variants. based on the way these AILD vinyls haven't been moving, i just don't think anybody wants splatter variants

this board is populated with far too many overweight Cheeto's dust fingered gimmicks that inhale their own flatulence under their Sesame Street bedsheets. miss piggies snatch tastes like sweet and sour pork-f.y.i.

I didn't know Jim Gaffigan was into grindcore.