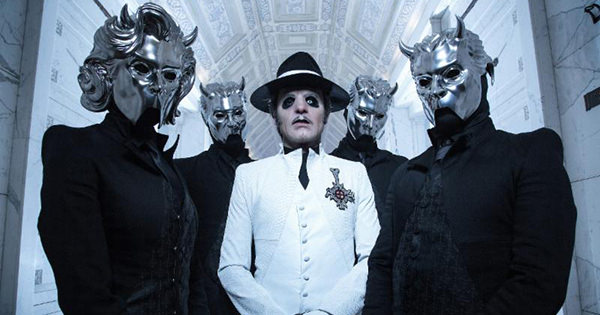 photo by Mikael Eriksson
Prequelle, the new album from Ghost, has debuted at No. 3 on the Billboard 200 chart, earning the band their highest-charting album to date. The record sold 66,000 units in its first week, of which 61,000 were in traditional sales, Ghost's best sales week ever. It should be noted that the album's first week benefited from a concert ticket/album sale redemption offer in association with the band's spring U.S. theater tour and arena dates. Ghost's previous release, 2016's Popestar EP, peaked at No. 16 on the Billboard 200 with first-week sales of 21,000. Their last studio album, Meliora (2015), bowed at No. 8 on the Billboard 200, selling roughly 29,000 copies in its debut week.