As I Lay Dying to feature 'classic' lineup 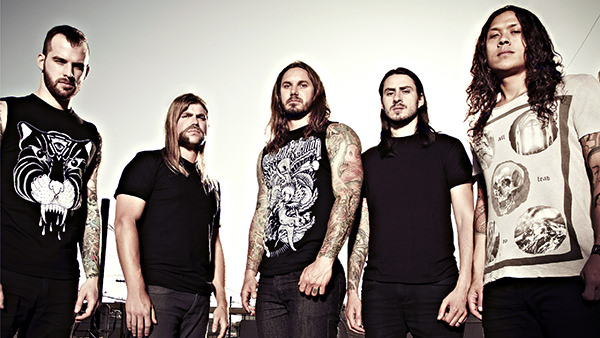 With As I Lay Dying releasing a preview of new music on Friday, fervent speculation has begun regarding the reconstituted line-up of the band, which will feature founder Tim Lambesis on vocals. We've essentially been told two different things. The first is that the group will now consist of its original (2001/2002) roster. This seems highly unlikely given As I Lay Dying's early line-up instability. Additionally, most of those guys haven't played with Lambesis since 2003. The second scenario is that the group's 'classic' line-up of Jordan Mancino, Phil Sgrosso, Nick Hipa, and Josh Gilbert have returned. Although there was obvious animus at the time of Lambesis' arrest, that was five years ago and one could assume that perspective has significantly affected their relationships in the interim. And while those four have also played in Wovenwar since As I Lay Dying's dissolution, Wovenwar has been quiet for nearly a year now, as have its members, suggesting that something else has been occupying their time in recent months. The case for the 'classic' line-up seems even stronger if one analyzes the teaser video As I Lay Dying released. We asked one of our minions to carefully inspect the video for clues, and here is what he came up with: Jordan Mancino (drums): the drums (DW, etc.) look to be more or less identical to those recently used by Mancino; the kit set-up is quite similar to his; the drumsticks appear to be the same kind Mancino typically uses; the end of the video shows the drummer having long blonde hair Josh Gilbert (bass): the tattoos on both arms match almost perfectly; the bassist is wearing Gilbert's favorite jean vest (if that's not Gilbert, then somebody is deliberately making it look like it is) Nica Hipa (lead guitar): the tattoos and lack thereof match; the fretting and picking posture look quite similar Phil Sgrosso (rhythm guitar): the tattoos and lack thereof match; fretting and fingers are nearly identical; appears to be a guitar he's used in the past To summarize, Mancino and Gilbert have almost certainly returned to the band. Moreover, it appears that at least one of the guitarists are back, if not both.