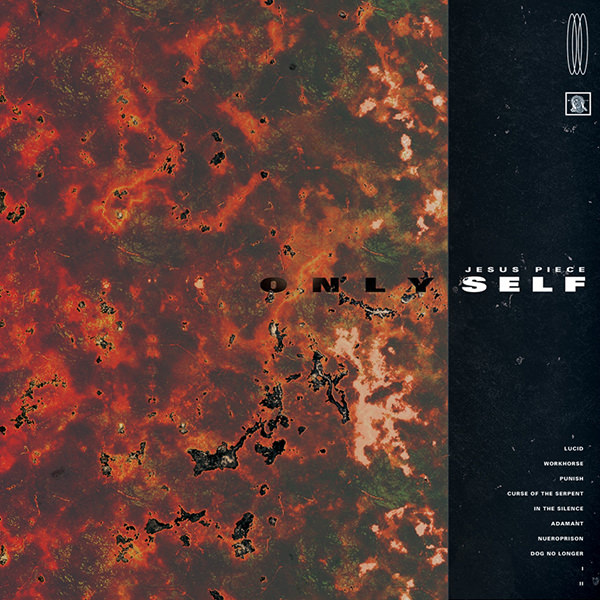 Official press release: Philadelphia, Pennsylvania-based metallic hardcore outfit Jesus Piece presents their violent debut LP, Only Self, now confirmed for release August 24th, through Southern Lord Recordings. Revolver Magazine is hosting an extremely advance debut of the first single from Only Self, "Curse Of The Serpent," as the label posts pre-orders for the album. Jesus Piece has left craters in their path over recent years, quickly developing a reputation as one of the heaviest, most uncompromising acts both on record and on the stage. With the brutalizing grooves of Y2K-era metallic hardcore greats like Disembodied, Turmoil, and Buried Alive at the core, the band incorporates elements of noise, ominous tones, and haunting atmospheres into their dynamic songwriting. With crushing, modern, metallic production, Jesus Piece resides alongside the scene's darkest and heaviest acts like Harm's Way, Vein, Trail Of Lies, labelmates Xibalba, and more. With eleven new tracks packed into a debilitating thirty-two-minute attack, Only Self was recorded in Chicago at Bricktop Recording Studio with Andy Nelson (Weekend Nachos, Like Rats, Lord Mantis) mastered by Brad Boatright at Audiosiege (Integrity, Nails, Full Of Hell), and completed with artwork by Dom Pabon. Jesus Piece collectively offers with the new song, "'Curse Of The Serpent' an ode to the grudges that everyone holds. It's a song about long lasting pain sitting in the back of your mind. The kind that just doesn't know how to fuck off. We chose this song first because it's a great introduction to the energy of this record but doesn't define the overall sound. This is a great bridge of growth between old and new." Jesus Piece delivers one of the most anxiously-awaited albums of the hardcore/metal underground this year with Only Self, a record which will also prove itself as one of the year's most vicious releases. Only Self track listing: 01. Lucid 02. Workhorse 03. Punish 04. Curse Of The Serpent 05. Iin The Silence 06. Adamant 07. Neuroprison 08. Dog No Longer 09. I 10. II 11. Oppressor