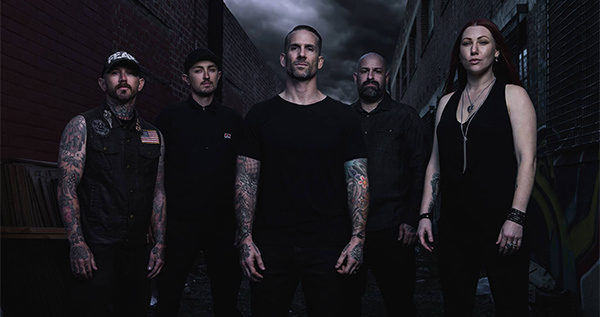 Reactivated Southern California band Bleeding Through has unveiled the second single from their forthcoming record, Love Will Kill All (due out May 25), the group's first new album since 2012. The new track is titled "Fade Into The Ash" and its official music video can be found below. Frontman Brandan Schieppati comments: "To me 'Fade Into The Ash' is the true portrayal of the Bleeding Through sound. It tells the story of a 15 year career, alongside a comeback. When we shot the video, we kept things more streamlined. It was striking and simple, just like our new record. It features a strong visual performance with back lit silhouettes that add to the overall drama of the song. Overall, it's a timeless look and ambiance, which perfectly captures the emotion and essence of the band! Enjoy!"