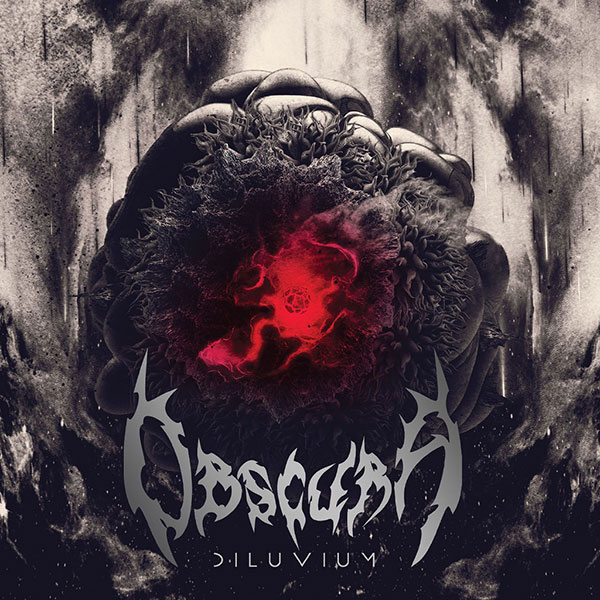 Official press release: Germany's progressive death metal masters Obscura complete their long-running, four-album conceptual circle with the release of Diluvium (defined as a great oceanic flood), their most evocative, diverse and vibrant release to date. Diluvium is due out July 13th on CD/LP/Digital via Relapse Records. Watch the official video for "Diluvium" via YouTube below and all digital streaming services. "Diluvium" was directed by Mirko Witzki (Kreator, Blind Guardian, Caliban) and further explores the album's celestial themes. Steffen Kummerer (guitar, vocals) commented further on the concept: "With the title track of our new album we present you one of the most fast forward and brutal compositions "Diluvium" has to offer. The music video created by German Cinematographer Mirko Witzki shows the first part of a connected story relating to the band's long running four album cycle." Diluvium track list: 01. Clandestine Stars 02. Emergent Evolution 03. Diluvium 04. Mortification of the Vulgar Sun 05. Ethereal Skies 06. Convergence 07. Ekpyrosis 08. The Seventh Aeon 09. The Conjuration 10. An Epilogue to Infinity 11. A Last Farewell (bonus track)

i really only come to Glamboat for the bi-weekly updates on The Ghost Inside and periodic confirmation that the Deftones are in fact OK.