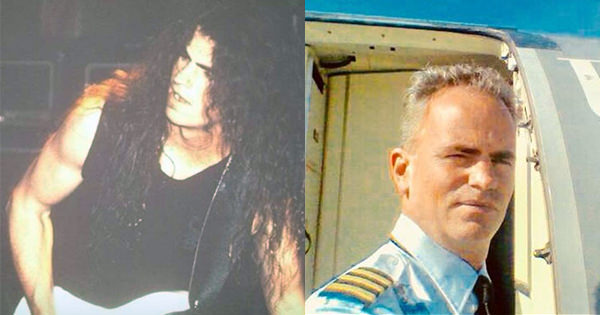 Tim Calvert, one-time guitarist of metal bands Nevermore and Forbidden, passed away this morning after a lengthy battle with amyotrophic lateral sclerosis (ALS). He was 52. Calvert was a member of Forbidden from 1989 until 1997 (and briefly in 2001). He then spent three years in Nevermore (1997-2000) before returning to school and becoming a pilot. Long-time Forbidden guitarist Craig Locicero issued the following statement:
"Beyond sorrow. We just found out Tim Calvert has passed. Some have known he was battling an aggressive form of ALS for a while now. It was all very private as per his wishes. The greatest songwriter, musician and guitarist I have ever had the pleasure or creating music with has left the building. Tim's genius will live on forever in the three Forbidden records he helped create with us. Rest in Peace, Tim."