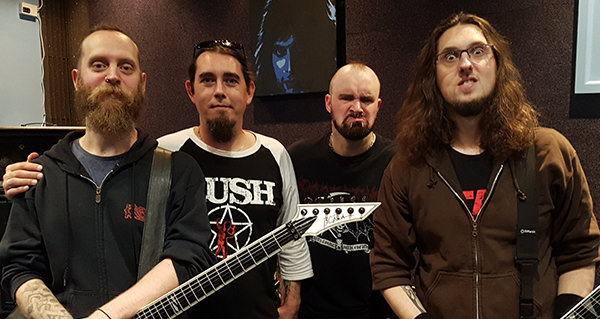 English thrash metal band Evile has been rejoined by original lead guitarist Ol Drake, who initially exited the group in 2013. Additionally, Evile plans to release a new album in 2019. Here's the official word:
"We've been sat on this picture for a few weeks now, so we thought it was time to announce that we have a new lead guitarist... We are beyond thrilled to be able to welcome Ol back! Make sure to come and see us headline Manor Fest in Keighley on 12 May as it's likely to be our only show this year. The link to tickets is on our events section. After that we will be fully focusing on album number five for a planned release next year. We know that will make it five years between albums but the wait will be worth it."