The Ghost Inside has first band practice since bus crash 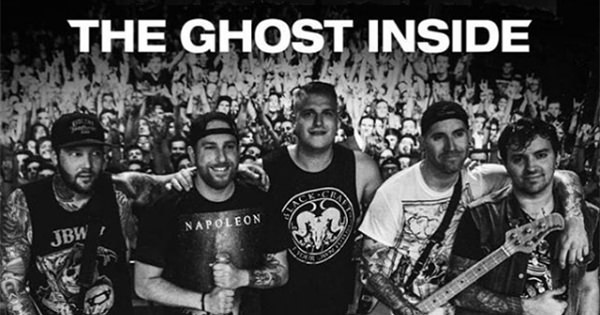 More than two years since their November 2015 tour bus crash, The Ghost Inside reconvened today (April 17) for an official practice session. Preparations for the practice were live-streamed by the band via Facebook (you can have a look below), though they shied away from broadcasting the actual practice, stating, "lord only knows what it's going to sound like."

Really sucks about the accident, sucks that people died, and it sucks these dudes lost limbs...but for fck's sake, can we stop hearing about bus accident EVERY SINGLE TIME this band is mentioned on here? "The Ghost Inside goes to Starbucks...after surviving bus accident..."

"too bad they didn't all die in the blessed van flip lmao" listen to yourself talk. you sound like a mentally ill bitch. who talks that way?

this one time at band camp our bus crashed

How has that stupid fcking baby Celine not made some unfunny, butthurt comment yet?

"Really sucks about the accident, sucks that people died, and it sucks these dudes lost limbs...but for fck's sake, can we stop hearing about bus accident EVERY SINGLE TIME this band is mentioned on here" Wouldn't be much of a story if they didn't, it would just be "The Ghost Inside has band practice". Not news. This, for fans, is news.

You'd think it's The Beatles having their first full band practice after 2 years. It's The Ghost Inside for Christ Sake. Get over yourselves.

BREAKING: Member of the Ghost Inside takes a shit, despite being in a horrible accident 2 years ago.

not surprised by the negative comments left by the Lamb-trolls. these guys are still fulfilling their aspirations by carrying on even after All of the shit they've been put through. I cannot even tell you what the band sounded like prior to the bus crash-as I have never listened to them, but i admire their dedication & tenacity to persevere through everything they have gone through.

This band was pretty fun before Returners came out. I don't give a shit if they ever release anything again, it's just nice to see they aren't dead or totally ruined as people.

bunch of morons on here. These dudes are living up to everything they've been preaching with their music. I'm sure most of you wish you had the balls to chase your dreams.

Snoopy why didn't the guy get three extra prosthetics to innovate the quadruple bass talent-because quadruple is "Four" NOT "three" you corny ass, idiot.

touche Snoopy, you got me.


Tags: The Ghost Inside