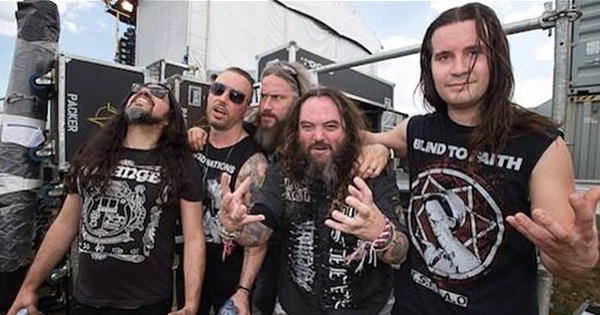 Killer Be Killed, the band featuring Max Cavalera (Soulfly, ex-Sepultura), Greg Puciato (The Dillinger Escape Plan), Troy Sanders (Mastodon) and Ben Koller (Converge, All Pigs Must Die), has begun work on their second album. In a new interview with "Red Light District Show," Cavalera provided the following information regarding new material:
"We're actually practicing tomorrow. The guys are flying here to Phoenix and we're gonna go to our Soulfly place of practice, which is like this big warehouse that we have all our gear there. So they're flying in, and they rented a house. So, yeah, we're gonna finally, finally get some new stuff. We'll try to write as much as we can. I'm really excited. I think we're gonna definitely have a new Killer Be Killed [recod] next year, man — I can say that I'm pretty much 99 percent sure it's gonna happen… Hopefully we'll have some stuff done, enter the studio sometime… I'm hoping maybe at the end of the year we can actually go in the studio and record some, and continue maybe next year, and have a record out next year. That's the perfect plan for me, at least I think in my mind."