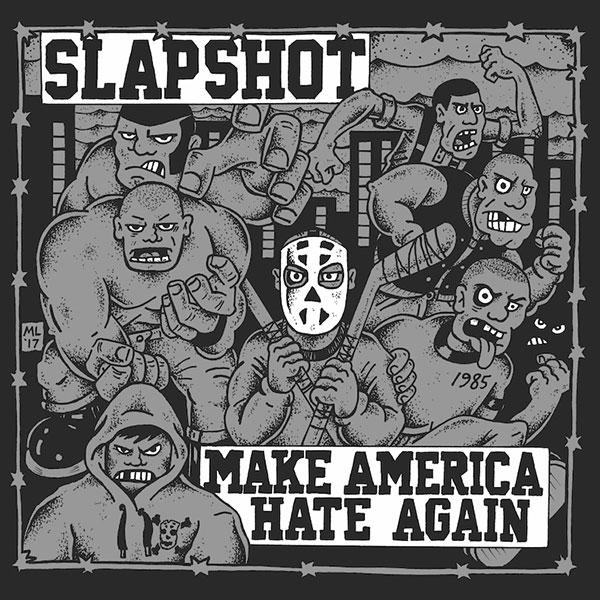 Not into ska, don't care about this band

Rtl should be on this

Without the Hanson Brothers, why even bother?

Who else loves a 31 year police officer veteran who may commit domestic violence on his children however is allowed to intimidate you into not coming forward. Years later if you break anything under $10.00 you as their child may be charged with domestic violence. Gotta love this fcking world and the bullshit bully officers.

They are going to be touring with high sticking and 5 min major this summer.

What an unfortunate name for an album, particularly with the current spotlight on white nationalism and police violence against people of color. There's already plenty of hate in America.

Rick ta life should be on this

Slap Shot the band with the piece of sh it singer Jack "Choke" Kelly who penned a song making fun of 9/11 victims then apologized for it on video over a decade later. Too late. LOL & SMH @ Jack being at least 50 and singing songs about straightedge when EVERYONE in his band past and present broke edge except him and still calling himself and/or letting himself be called Choke.

Edge Break Your Face? 1. EVERYONE in your band past and present save you, Choke, isn't straightedge. 2. So physically attack someone for breaking edge or you'll do that? HAHAHAHAHA to both, and you better tape up your fists and put gloves on cuz you got TONS of people to hit in the face. 3. You're at leas 50 - grow up, break up, and move on with your life on Cape Cod.

The other day I got some soyrizo on my white Project X hoodie. Licked my finger, rubbed it on the spot, and went right on living my life.

Choke is not / doesn't identify as straight edge, he was on a podcast about 2 years ago saying he drinks champagne on new years eve and at weddings and such. He admittingly said "well if that's not being straight edge then I guess I'm not straight edge". He was dead serious too

So he's an edgebreaking phony who fronts that he and his band are edge, got it.