Official press release: Bay Area melodic death metal act Light This City has released details on their impending fifth LP, and first in a decade, Terminal Bloom, set for release in May through Creator-Destructor Records. Light This City has returned with ten blazing tracks that capture the band's tendency towards extreme melody and intensity, honoring the Swedish sound of the '90s. Having spent the past decade performing and touring in numerous other bands, the five members of Light This City have only honed and shaped their skills and musicianship since their 2008-released Stormchaser. Terminal Bloom was recorded from December 2017 through February 2018 with Zack Ohren, who handled the band's previous four full length albums, at Castle Ultimate Studios in Oakland, California, and features vibrant cover artwork by Tony Midi. Light This City will release Terminal Bloom on CD, LP, and digital formats on May 25th through drummer Ben Murray's Creator-Destructor Records. Audio and video samples, preorder links, and more will be made available over the weeks ahead. Terminal Bloom track listing: 01. Reality In Disarray 02. A Grotesque Reflection 03. Dormant Tide 04. Terminal Bloom 05. Death Downwind 06. Agents Of Fate 07. Extinguished 08. The Wake Of My Will 09. Neverlanding 10. Wildheart 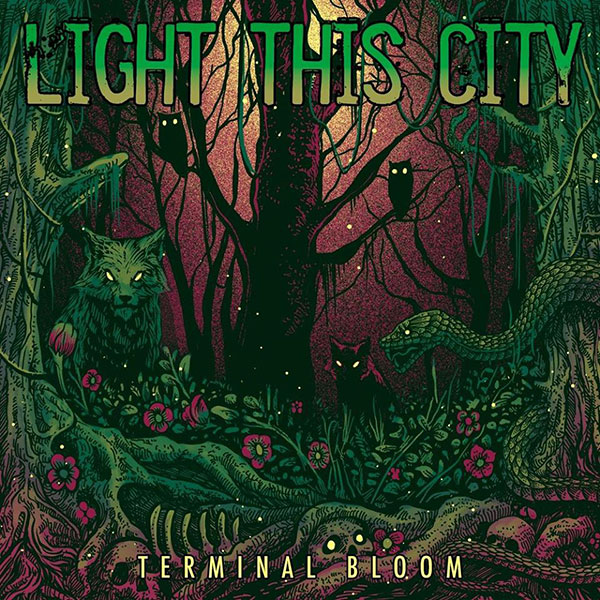 That album cover is really sub par even for a mid 2000's sub par metal band. Just show us your t-ts!!!

For real though, what's the point of announcing an album without a song or snippett

SereneDeath on FL is in need of a man, sign up and apply within.