Seven Sisters Of Sleep break up after guitarist arrested 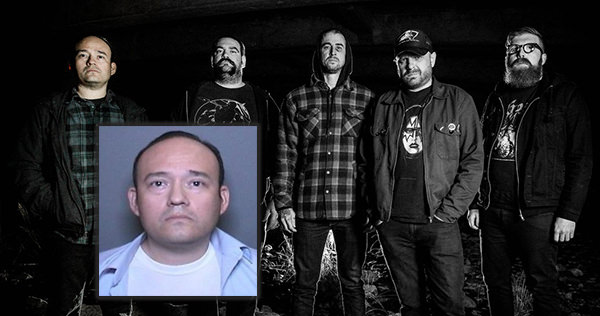 Southern California band Seven Sisters Of Sleep has called it quits just days after forty-year-old guitarist Eddie Bermudez was charged with more than two dozen felony counts, including lewd acts on a child. Bermudez turned himself in last week. If convicted, he faces at least 244 years in prison. The group has issued the following statement:
"It is with profound sadness that we announce the end of Seven Sisters of Sleep. "On Thursday March 8th, the day we were last scheduled to have practice, we learned via a text message and Google search that our rhythm guitar player, Eddie Bermudez, turned himself in several days before for over two dozen felony counts pertaining to child pornography. According to these charges, he was posing as a 16 year old boy on social media to solicit pictures and videos from underage girls. We were absolutely blind sided by this and left in a state of shock, disgust, sadness, and anger that we are very much feeling now and will likely feel for years to come. We are devastated and left feeling about as betrayed as you can. "We, the remaining members, have to distance ourselves from SSOS. This decision doesn't come lightly but it was also forced upon us by this situation. We also want to express gratitude to all the fans, bands, and labels who supported us throughout our 9 year run. We know in light of this revelation it won't be easy to disassociate SSOS with this horrible news going forward but that is nothing compared to the other negatives involved here."
Formed in 2009, Seven Sisters Of Sleep has previously released material with Relapse Records and Southern Lord, among others.