Just hours ago, Slayer announced that they would soon be embarking upon their "final world tour," including a final North American trek. Accompanying a teaser for the final tour on the band's official website is an admat (see below) that confirms their forthcoming tour with Lamb of God, Anthrax, Behemoth, and Testament, which we told you about earlier this month. Presumably, this will be Slayer's final North American tour. Thus far, the only date to surface from the trek is a June 4 show at the Santander Arena in Reading, PA. 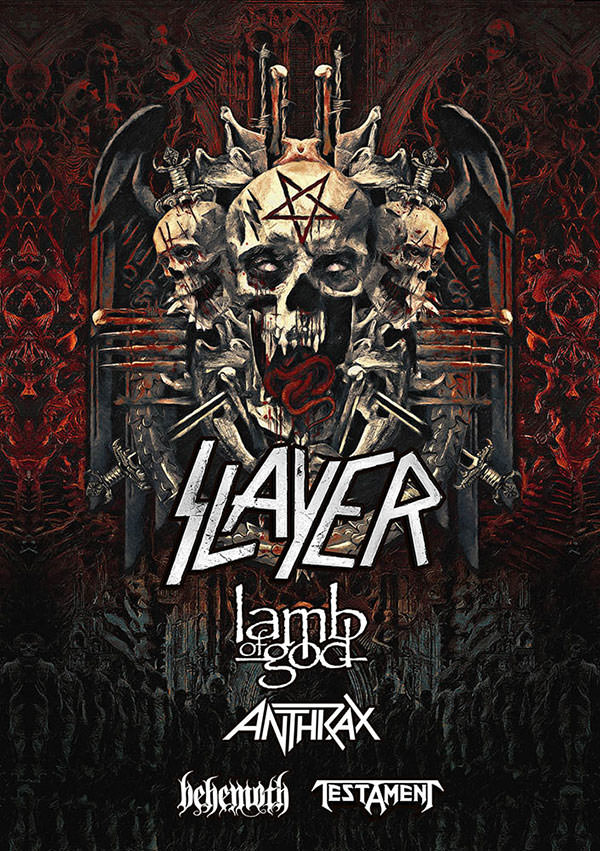