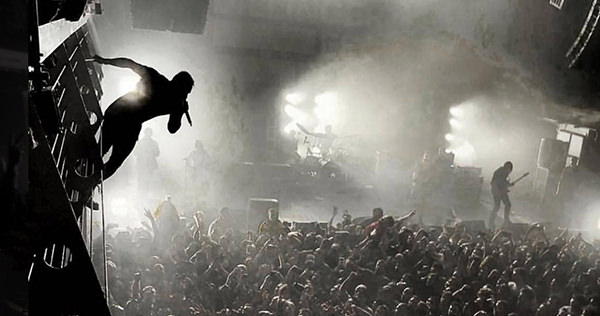 The Dillinger Escape Plan performed the first of three farewell shows last night (December 27) in New York City at Terminal 5. As planned, the band was joined by Faith No More frontman Mike Patton to perform their 2002 collaborative EP, Irony Is A Dead Scene. Footage of the band and Patton playing several tracks from the EP in addition to covering the Faith No More track "Malpractice" can be viewed below. DEP also played a slew of other tracks from their catalog. Moreover, former DEP guitarist Brian Benoit also performed for a portion of the evening.