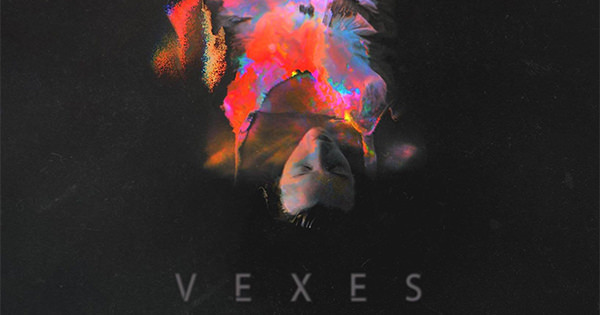 Official press release: From the ashes of renowned Pennsylvania/New Jersey-based rock and metal groups A Life Once Lost, Fury of Five, Vessl and Downstage rises a vital new lifeform - Vexes - the experimental, eclectic, groove-infused new post-rock outfit featuring frontman Charlie Berezansky, guitarist John Klagholz, drummer Justin Graves, and the band's newest member, bassist Bobby Carpenter. The band's debut full-length album, Ancient Geometry, will be released on February 23, 2018, and is available for pre-order (with the track "Lift" as an instant grat). More digital and physical pre-order options are coming soon. Combining gripping, virtually sensuous alt-metal atmosphere and experimental post-rock inspiration with a healthy dose of post-hardcore undertones, Vexes breathe new life into this genre set to deliver something fresh and instantly absorbing. Even more masterful - the members of Vexes visit entirely new musical realms in comparison to those explored by the bands that moulded them, completely avoiding pronounced reflections of their seasoned pasts. Hear the arresting new Vexes track "Plasticine", a follow up to the previously released single "Lift," now via Revolver Magazine. Frontman Charlie Berezanskyoffers, "'Plasticine' sums up what I love so much about this band. The fusion of something heavy and hypnotic with these sort of ambient ethereal melodies. On 'Plasticine', I'm reflecting on a battle with, and eventual acceptance of, someone harmful in my life. To me, the song is not only about the eventual submittal to something that you know is damaging, but falling in love with it." From start to finish, Ancient Geometry takes listeners on a journey - starting with the bombastic "Hellion," the first song Vexes wrote together. The track flips between thrash beats and surging, choppy riffs layered with atmospheric guitars. After battering the listener with songs like "Lift" and "Decisions are Death Here" - each of which veer from tuneful and textural to brash and furious - Vexes tone down a bit and emphasize vulnerability over anger. The distorted guitars and unsettling tempos don't disappear, nor does the juxtaposition of crooning and roaring vocals, but on songs like "Plasticine" and "Lush," the vocals become more consistently tuneful and the backing instrumentation less pugnacious. At the midpoint of the album there's "No Color," a multifaceted song that flows like a daydream turned into a nightmare and features a guest rap by Islander member Mikey Carvajal. Ancient Geometry track listing: 01. Helion 02. Lift 03. Decisions Are Death Here 04. Plasticine 05. No Color 06. Terra 07. Lush 08. Meridian Response 09. Photochrom 10. Ancient Geometry

Man they are copping Deftones hard

The ghoat of Chi Cheng rang, and says he wants his soul back or you will be cursed with the back of a sheetrock installer.

one of my older bands played with "inkling" eons ago,they were a great Deftones copycat sounding band....

And literally no one asked for this

I've heard this album is their Black Clydesdale

*music to bang your mothers to.*

A sheetrock once lifted

FAT PAT HERE: FEED ME SHEETROCK. Also, I got kicked out of FSU.

I was sucked off by one of the members of downswing's mothers while they were loading their gear up -i was loading their mother's stomach up with man juice.

This shit is gay as fck. HATE bands that can't come up with their own sound and rip off someone else's. fck this band. Horrible band name too.