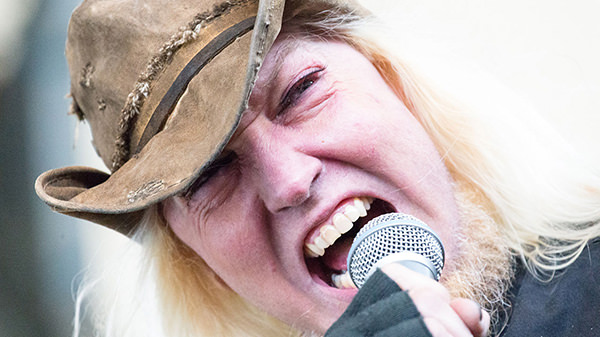 Heavy metal vocalist Warrel Dane, primarily known for his work with Sanctuary and Nevermore, passed away today (Wednesday, December 13) in São Paulo, Brazil. Dane reportedly had a heart attack during the night and efforts to revive him failed. Guitar player Johnny Moraes, a member of Dane's solo band, was with Dane in Brazil recording a new album and had this to say to UOL: "He was in the apartment where he stayed during the recording of the album when it happened. I gave him cardiac massage and we called the Mobile Emergency Care Service (SAMU), who came very fast, but when they arrived, he was already dead."