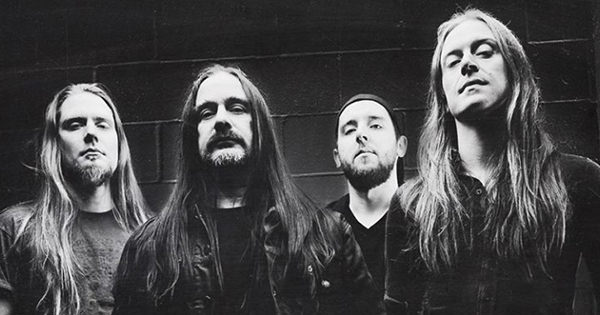 Influential extreme metal act Carcass has "tons" of new material and hopes to soon begin demoing material for their next studio album and follow-up to 2013's Surgical Steel. Guitarist and co-founder Bill Steer was recently interviewed by Israeli radio show "Met Al Metal" and Steer had this to say regarding plans for the new record:
"There is a plan of a kind — purely in terms of working on material. I mean, we haven't booked any studios or anything, 'cause we're really not that far down the line. It's been five years or so of regular travel. We've been away so much. We've done five or six American tours off this record, so there hasn't been a huge amount of time to do that kind of work in between. Everyone just goes their separate ways and kind of avoids each other until it's time to go [tour] again. But there have been times when Dan [Wilding, drums] and myself have got together and worked on a bunch of tunes, and lately Jeff's [Walker, bass/vocals] started to get involved. So it's kind of entered the second phase. And I think before long, we'll start to demo some stuff, just to get a feel for the direction of the album. We've got tons of material; it's just trying to find a focus for this, really."