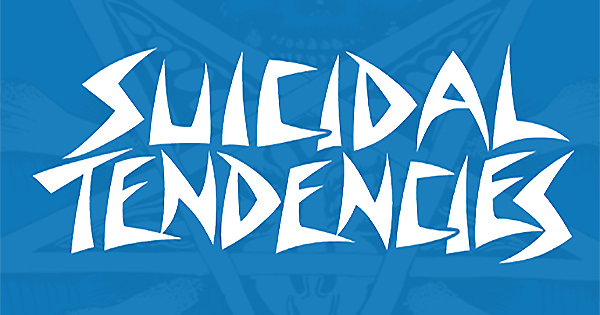 California crossover legends Suicidal Tendencies have revealed that they've finished the tracking process for a new EP and follow-up to the band's 2016 LP, World Gone Mad. The band recorded the EP with British producer and engineer Paul Northfield (Dream Theater, Porcupine Tree), who has recorded nearly every Suicidal Tendencies record since 1992's The Art of Rebellion. Further details have yet to be revealed, though the EP is expected to surface in early 2018.

EMOTION NO 13 is a bannggggerrrrrrr

I'll tell you f*kkers what - I respect this band because no one can put flashing on a skylight like mike f*kkin Muir. Dude used to do that shit blind folded back in the day and those windows never leaked. Shit man I still go to some of those houses.

BUILD THE WALL OUT OF SHEETROCK

Literally no one asked for this to happen