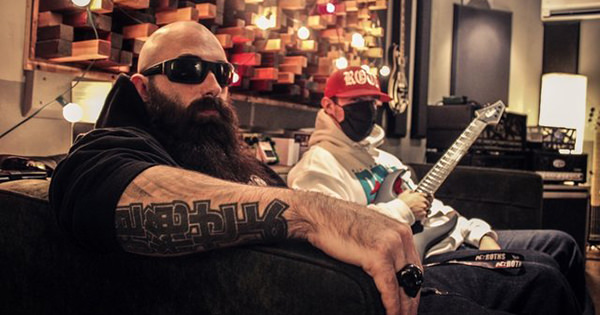 Official press release: Crossover metallers Rise Of The Northstar are currently hard at work on the follow-up to their hit debut Welcame. The band traveled all the way to New York and entered the Silver Cord Studio to record with Gojira's very own Joe Duplantier. Commented the band: "If touring in Japan was always our goal, making an album in New York, one of the most influential cities in the world, with Joe Duplantier producing, is one big challenge. We're here to enhance our blend of metal and rap and to take it to the next level. Each corner of this town is a visual mirror of the thickness of our sound. We're gonna soak in Brooklyn and sweat it back out on record." Added Duplantier: "I'm excited to contribute to this album. ROTN is badass. Their approach of music is so direct, and they drive their career the same way. Definitely a great experience for me."

Tags: Joe DuplantierRise Of The Northstar